Dear visitors, we welcome you to the pages of our site and look forward to your service If you encounter any difficulties to register or request you can communicate with us via Watsab request or any query 00971562608047 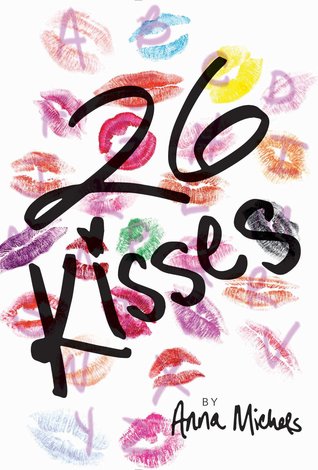 Kasie West meets Morgan Matson in this hilarious and heartwarming debut about a girl’s summer mission to get over her ex-boyfriend by kissing her way through the alphabet. Getting dumped by her boyfriend is not how Veda planned on starting her summer. When Mark makes it clear that it’s over between them, Veda is heartbroken and humiliated—but, more importantly, she’s inspired. So she sets out on the love quest of a lifetime: use the summer to forget about Mark, to move on, and move up. All she has to do is kiss twenty-six boys with twenty-six different names—one for each letter of the alphabet. From the top of the Ferris wheel at her hometown carnival to the sandy dunes of Lake Michigan, Veda takes every opportunity she can to add kisses (and boys) to her list, and soon the break-up doesn’t sting quite as much. But just when Veda thinks she has the whole kissing thing figured out, she meets someone who turns her world upside down.